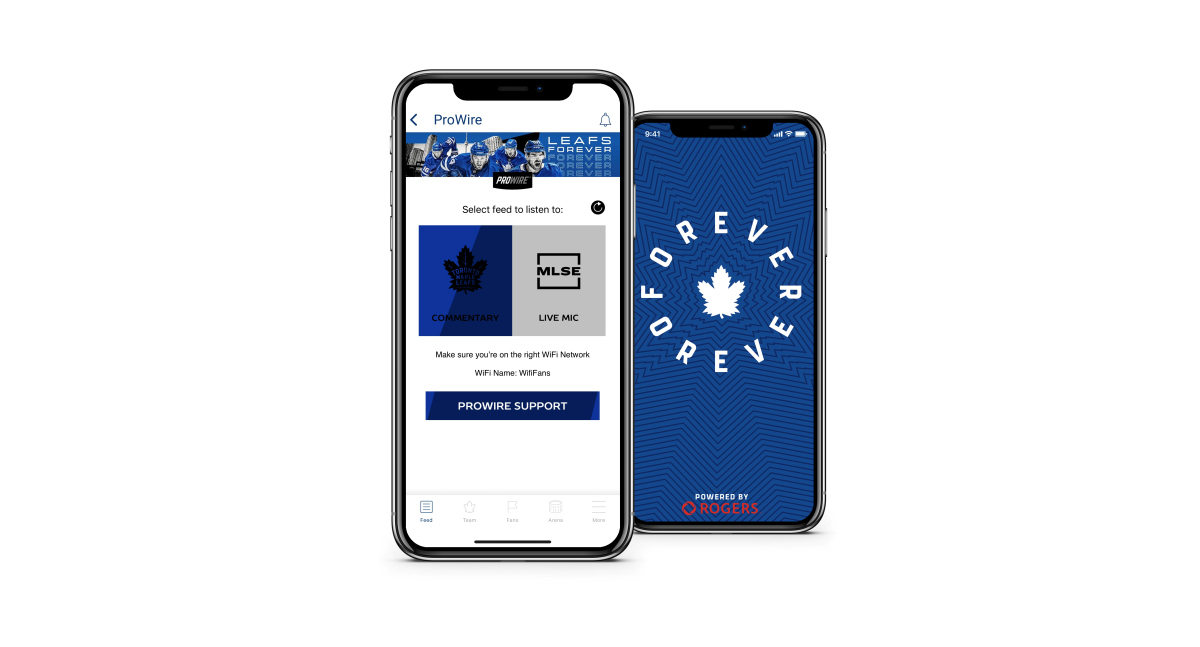 TORONTO, ON – As part of the Future of Sport Lab, a sport-tech innovation platform launched by Ryerson University and Maple Leaf Sports and Entertainment, ProWire installed its patent-pending CrowdFlex™ streaming technology at Scotiabank Arena and integrated into the Toronto Maple Leafs app.

Fans at Scotiabank Arena are now able to access commentary, live arena mics and Leafs original productions in real time as the action happens in front of them. The audio channels are exclusively available to fans in venue and can be accessed by joining the free Scotiabank Arena fan WiFi network and selecting channels via the Leafs app.

The solution offers rightsholders the ability to completely integrate ProWire’s real-time streaming technology into their fan engagement framework. The integration consists of a one-time hardware installation in venue, which instantly enables real-time audio over the existing venue WiFi or 5G network, and a turnkey SDK integration into a rightsholder’s fan engagement app.

ProWire’s lightweight, scalable technology can be readily deployed in any venue with an existing fan-facing WiFi or 5G network. ProWire is currently installed in several major venues in the United States and Canada.