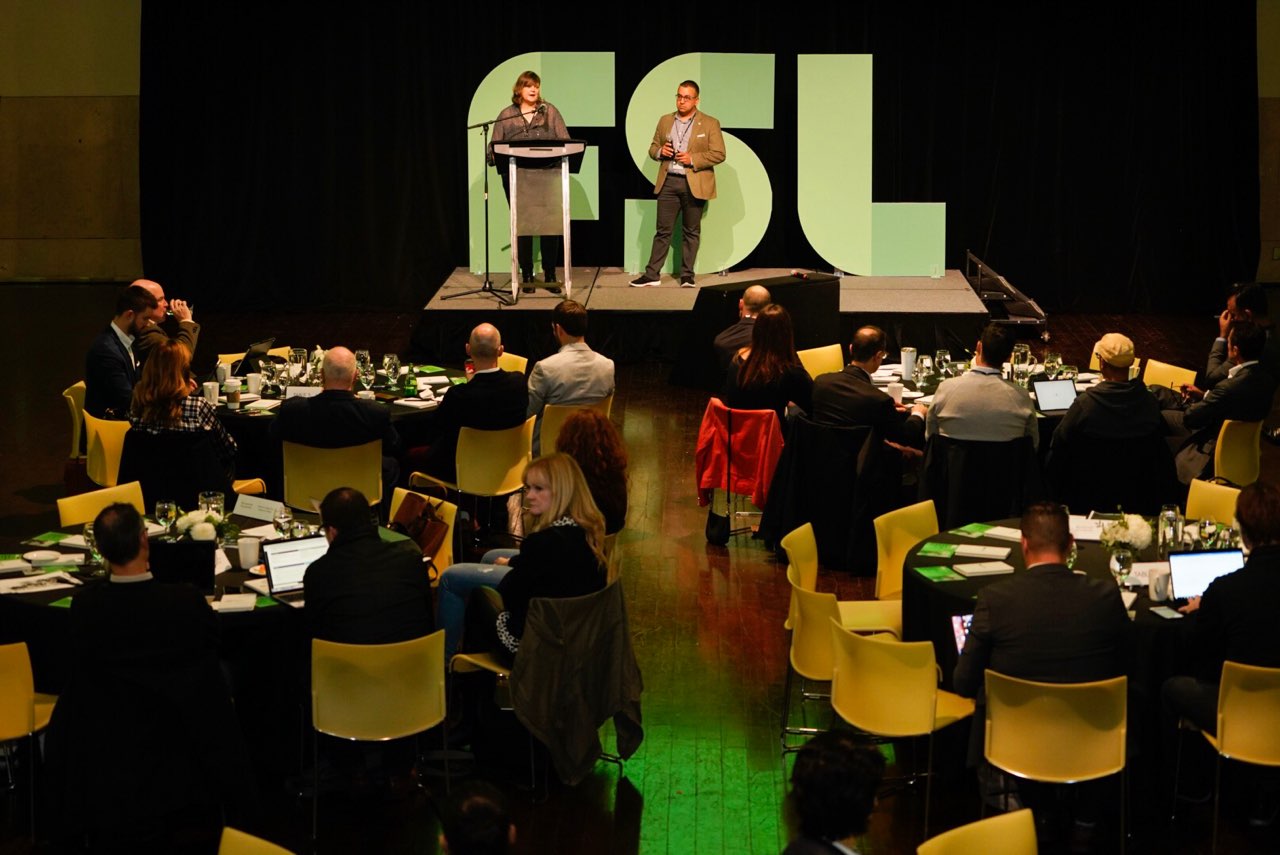 11/25/2019Maple Leaf Sports & Entertainment, the owner of multiple Toronto-based teams including the Raptors, Maple Leafs, and the Canadian Football League’s Argonauts, has different ways of keeping its finger on the pulse of the latest innovations in sports technology.

MLSE relies internally on a new innovation lab that it opened in June 2018, which works directly with the sports conglomerate’s marketing, ticketing, and food and beverage teams to improve operations. But outside of its four walls, MLSE also leverages its recently formed partnership with Ryerson University’s Future of Sport Lab, or FSL.

The company became a partner of FSL in September 2018, with the intent of working with startups that are focused on core parts of its business. In addition to operating day-to-day game operations at sports venues like Scotiabank Arena and BMO Field, MLSE also has a footprint in both esports and live entertainment.

“A lot of the innovation in sports entertainment today is going on outside of professional sports teams,” said Sumit Arora, senior director of strategy and analytics at MLSE. “There are lots of parts of our business where startups can work with us right now, and we’re excited about putting them to work.”

MLSE is heavily involved in the selection process and helping Ryerson evaluate early-stage startups looking to join the incubator. Applications this go around opened in August, culminating in a pitch day held in October, where 11 companies presented to a room of venture capital firms and league executives from the NHL, NBA, and Tennis Canada about their respective businesses.

A group of five startups – ProWire, Zone7, Mission Control, Feidao, and StreamLayer – were later selected as FSL’s newest cohort, with technologies ranging from mobile e-commerce to over-the-top  services, and esports. This is the second batch of companies that MLSE will work directly with to launch pilots across its organization.

“During our first cohort, we were learning on the fly just as much as the startup companies we were working with,” said Arora. “I would say applications this year are unique in that business models emerged as really strategic areas for us.”

Rival.ai and Spalk are just two examples of incubated FSL startups that launched pilots with MLSE, according to Arora. Both are graduates of Ryerson and MLSE’s first joint cohort this spring. Rival.ai, a player scouting company focused on esports, worked with MLSE’s Raptors Uprising 2K League team during the 2019 season. Spalk, meanwhile, offers teams the ability to broadcast live sports games remotely in different languages – software MLSE leveraged to air a French telecast of a Raptors 905 game on Facebook.

“We are conscious that if we onboard startups, we can provide a healthy pilot experience,” said Cheri Bradish, director of FSL and chair of marketing management at Ryerson University. “Startups applying to FSL need to have a minimum viable product, but should also offer a viable business plan to MLSE.”

FSL’s newest incubator will run from November until March. The program’s curriculum and day-to-day operations are managed by Ryerson. And according to Bradish, this current batch appears to be a bit further down the road in their development.

“You can already see some light bulbs going off with ideas of how to help them,” she said.

Before its partnership with MLSE, Ryerson operated a separate sports incubator with Rogers Communications called “The Next Big Idea in Sports.” That incubator was originally founded in 2015 and offered financial investments to graduates of the program before being discontinued three years later. Pilots were also not guaranteed.

Ryerson’s announced joint venture with MLSE last year came as the latter was also becoming more engaged in its own digital strategy, Bradish said. This resulted in more of a global focus in finding startups and guaranteed proof of concepts. M.B.A. candidates at Ryerson are also placed in startups for a hands-on experience.

“Rogers Communications is the company we took the first leap of faith with,” said Bradish. “You can imagine the difference from 2015 to now. I mean there were no esports companies in the first couple of years of the incubator. When we look at companies, we like to see innovative new things. These five check all of the boxes.”